Today, I started my day with a little exercise in composition and tonal values. I found the exercise on Tom Hoffman’s GREAT website. Tom Hoffman often puts up value exercises, i.e. ways in which you can learn to create depth in a painting. I have learned a lot from simply doing some of the exercises over the years. I love his website and look there often for inspiration on how to challenge myself. So this morning I browsed around there again and found this:

There are two or three large birch trees standing in a clearing beside the dense woods. The woods form a backdrop like a tapestry of several different tones. Some sky is visible above and between the branches of the trees, and some short grass forms the foreground, where the birch trunks emerge from the ground. Sound familiar? Compose a scene using these components. Choose colors, values and edges that will create a distinct feeling or mood.

Easy-peasy-huh? Not 🙂 Below are my two attempts for this exercise. It was a bit odd creating something out of nothing, as at this point I am very used to actually sitting in front of and looking at what I am sketching. Maybe that’s why both versions are very similar: I was drawing on the same mental image. I used Tombow markers in two shades of gray and in black. You can layer these markers over one another and get half-tones (i.e. tones in between the one you’re using) that way, so they really are good (value) for value sketches. For some reason I felt that the birches needed to be on the right-hand side. Maybe because this is where the movement and lightness goes according to how Westerners look at paintings? Hm. 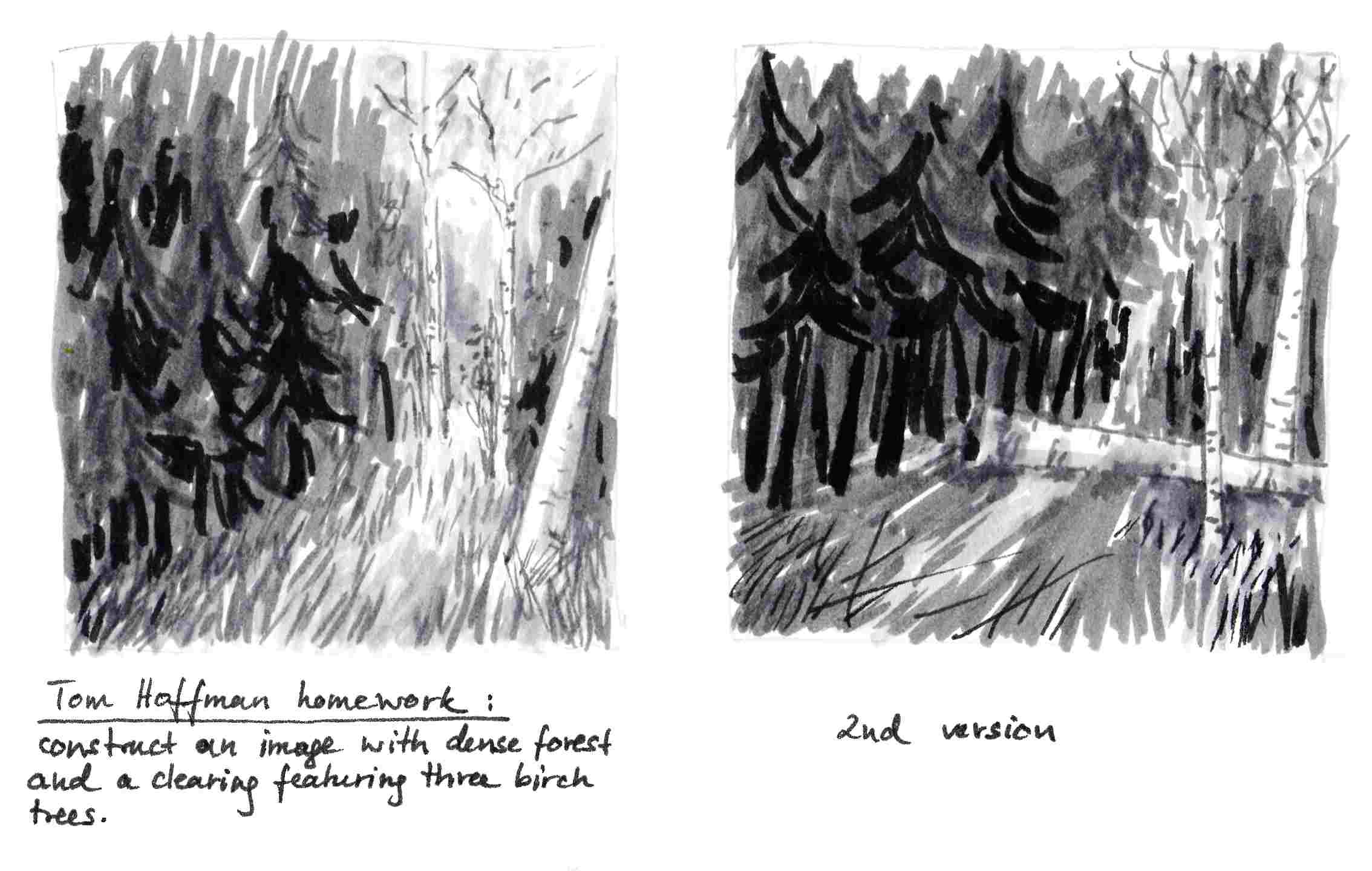